I kept thinking these experiences at the Olympic Games could not keep being so awesome but I was so wrong. Last night the Games came to a close with the Closing Ceremony. I was blessed to be chosen as the flag bearer for this final event and I could not have been prouder and happier. After spending the last year doing everything I could to perform my best and make it to Sochi, and then finally being there experiencing it all and competing there, being selected to walk with the flag was icing on the cake. With the Closing Ceremony being “less formal” than the Opening, it was super cool walking out along with all the other national flag bearers! We hung out and mingled for a couple hours in the stadium as we got ready and I got to know some of these awesome athletes more closely. Even up until this last day I was continuously impressed by the athletes I was surrounded by. It was so humbling to be a part of that small community.

But before all of last night’s shenanigans was the slalom. Wow. The showcase event. One of the hardest, toughest, most intense slalom races I had ever done. The hill was short, but the snow conditions were extremely difficult. Starting #91 (which was a bit unexpected) I dealt with icy ruts and chatter continuously down the entire course on the first run. I ended up 60th after that 1st run, which was a decent move up but I was definitely not stoked on it. Second run was a spectacle. Something people in ski racing will talk about for years. Ante Kostelic, the Croatian father of possibly the greatest brother-sister ski racing duo to ever have raced, was the course setter. He’s always been known to set crazy courses, but this was all time. Another level. Those who don’t know much about ski racing couldn’t full understand, but I’m sure you saw the results. I think something like 12 of the first 30 ranked racers DNF’d (the first 3 guys all went out at the same spot near the top). I had never seen a course set like that in my entire life (along with many other racers and coaches who were there)! But during my course inspection I was very confident – it was a thinker’s course. Those who skied smart would be fast. And I usually do well with those types of races. Unfortunately I goofed up at that exact tricky spot and fell on my hip, sliding past the gate. I had to make a quick hike to avoid being disqualified, and then continued down. It was great skiing for me but that mistake cost me. I finished 34th place out of 117 competitors and had a GREAT TIME;)

The two days of ski racing have been so special to me. The two weeks as a whole have been mind blowing. I will never, in my life, ever experience anything like the Olympics again and I fully know it. There is no other way to put it – I have never been happier with a decision than deciding to take a year off to compete again. Ski racing and athletics are a couple of my biggest passions and I couldn’t be happier having represented Armenia doing both. One last thing, as I’ve said many times before I could not have done any of this without the support of many. There will be much more on this later but even having you read this blog, as a supporter, meant so much to me now and always. Thank you thank you so much!

I have now arrived in Armenia and will be competing the next two days here at the Pan-Armenian Winter Games. I haven’t gotten much sleep the last two days so gotta go catch up on some z’s! I literally cannot wait for my next day off. 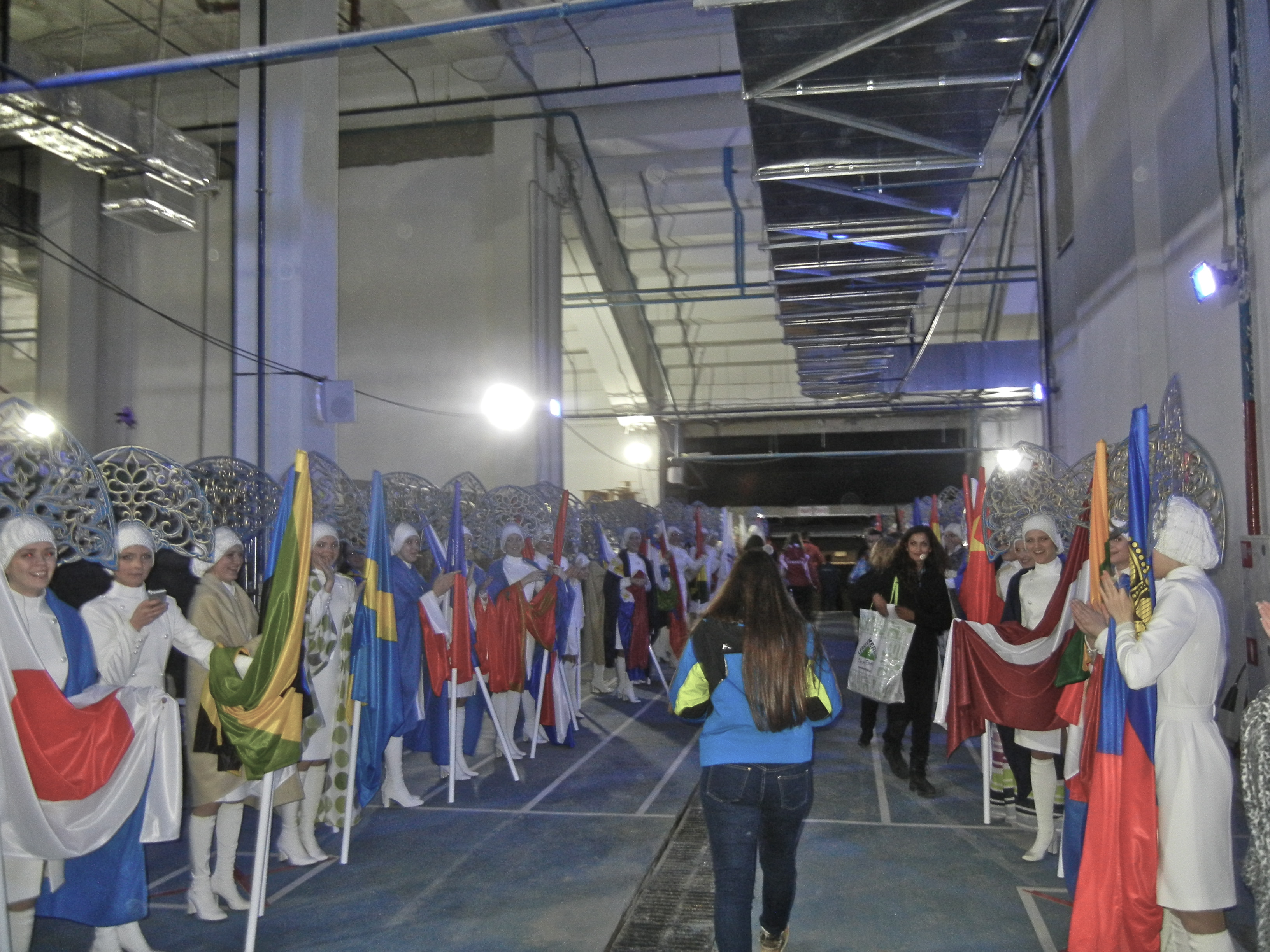 Receiving our flags before heading out into the stadium! 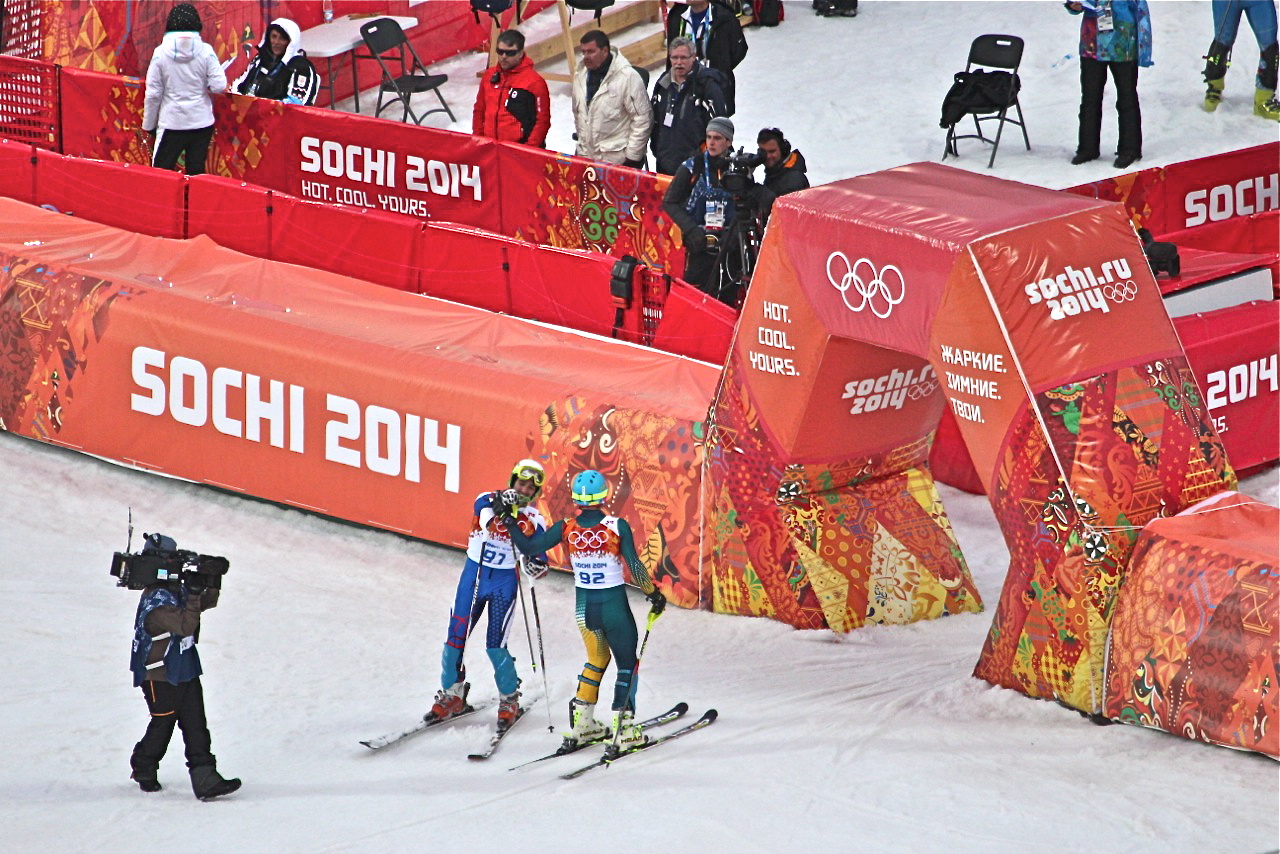 So awesome to be able to meet Dom (my Team Flow teammate) in the finish after our first runs. 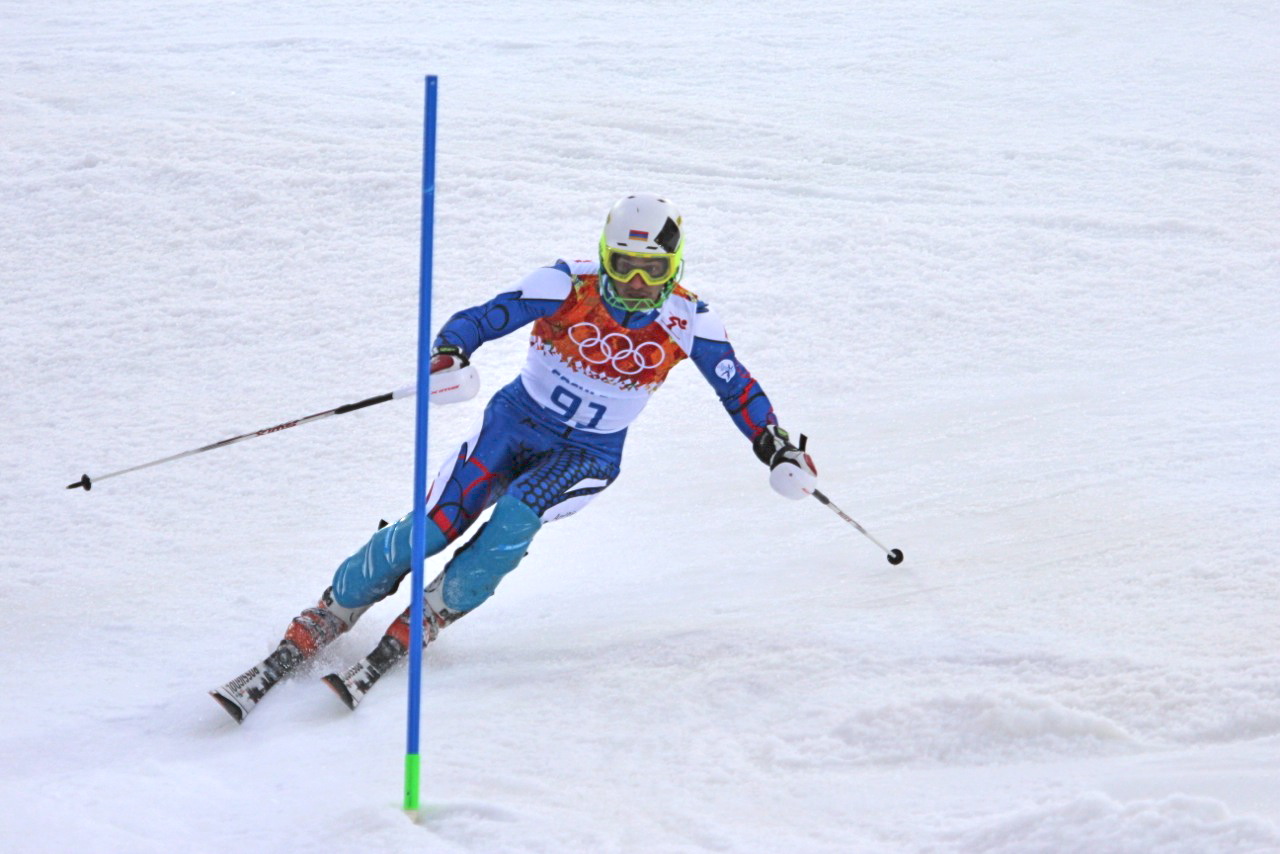 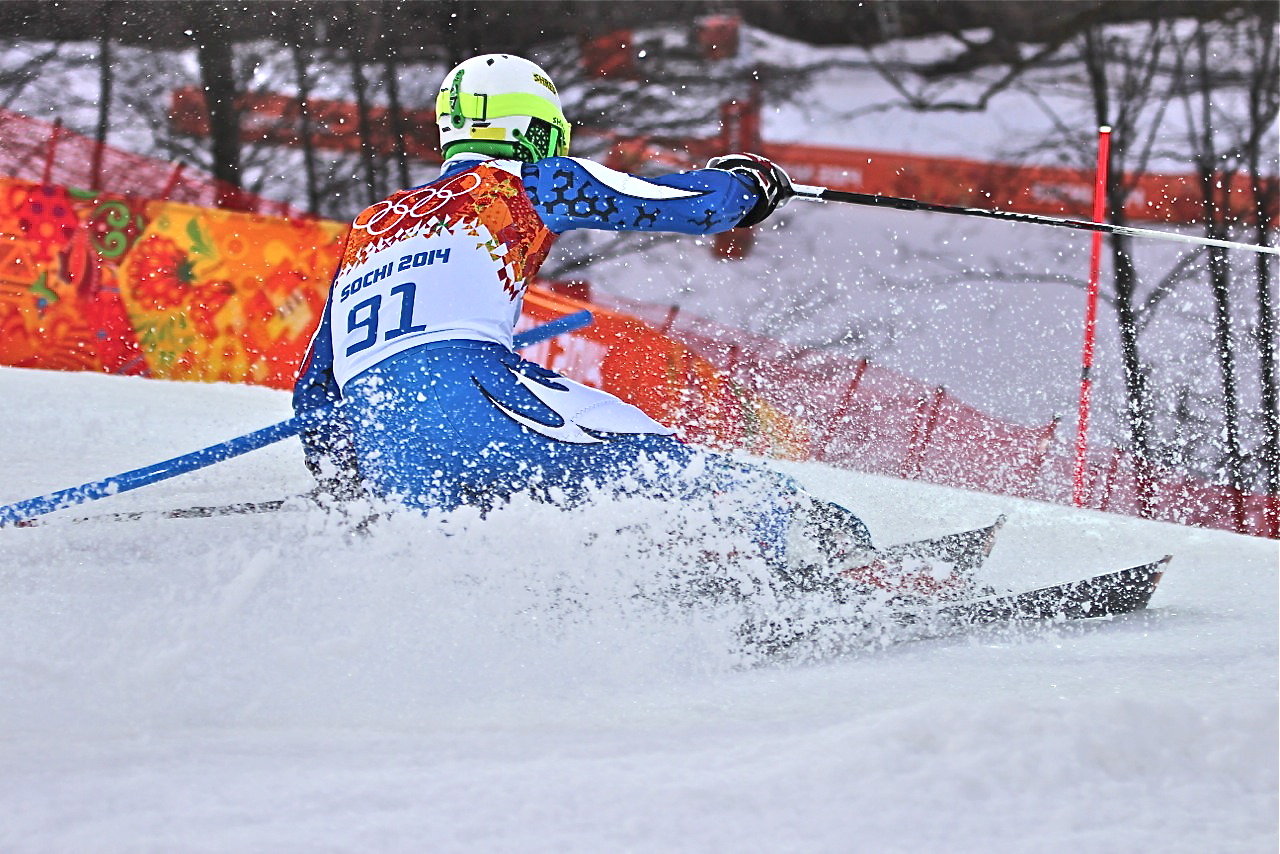 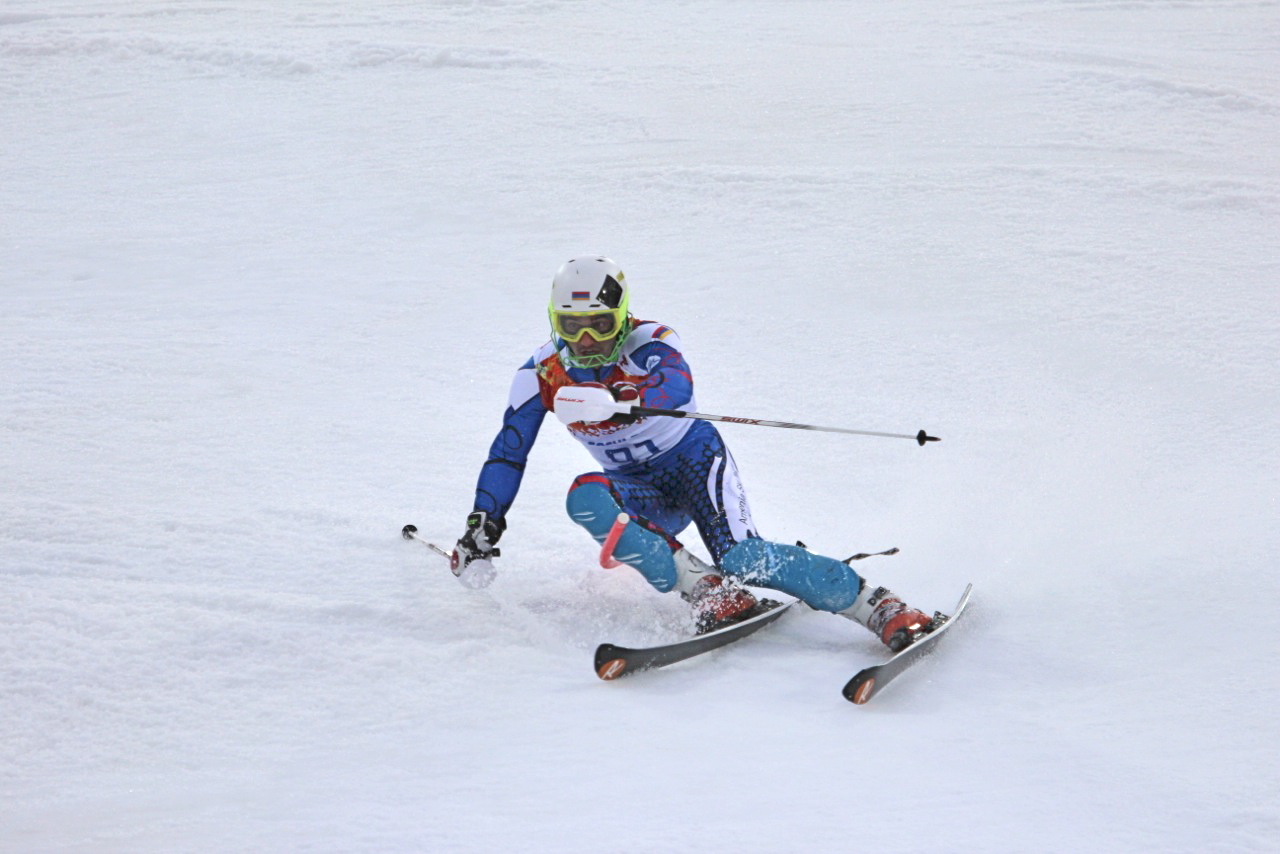 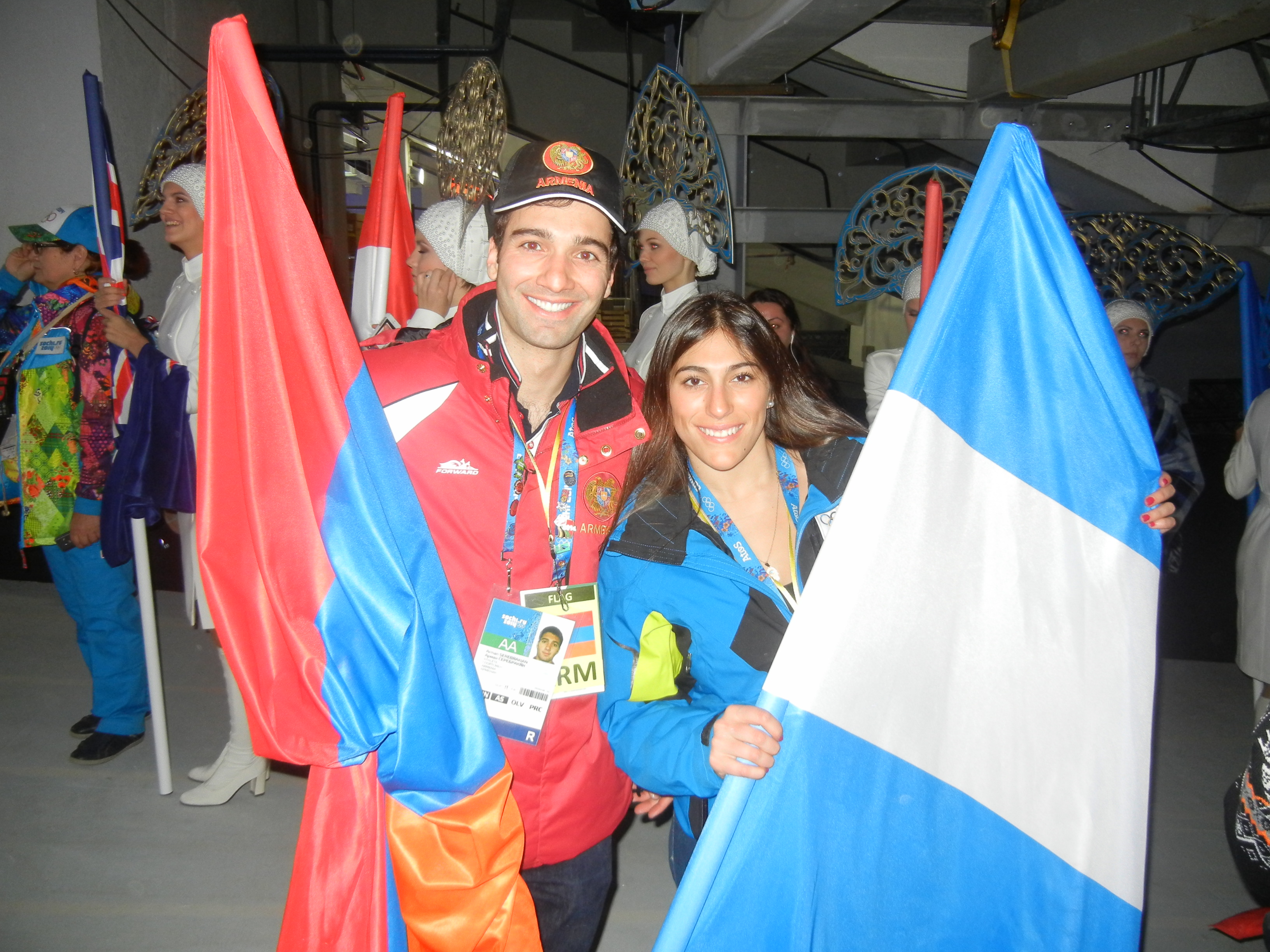 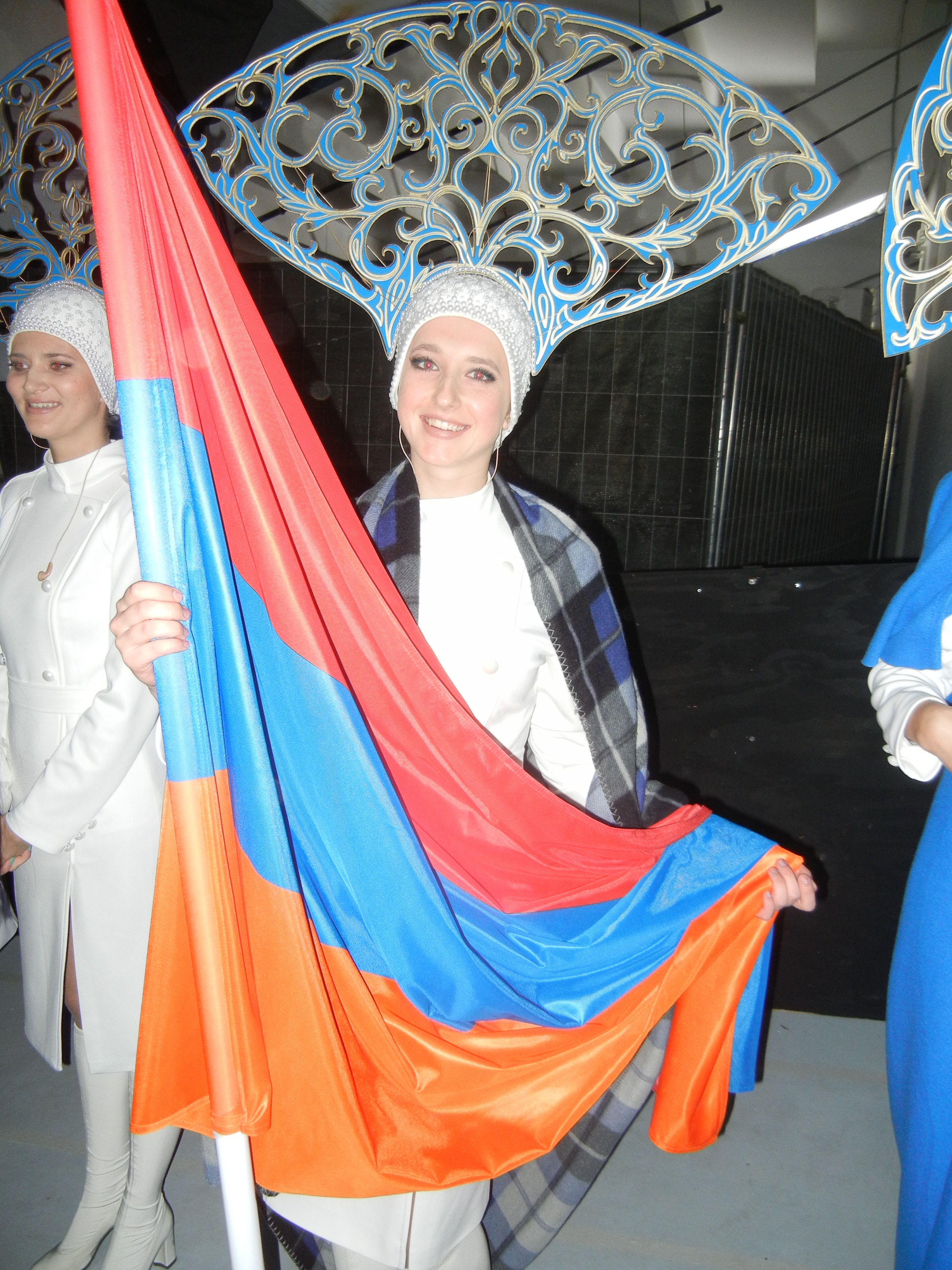 Most beautiful one for sure 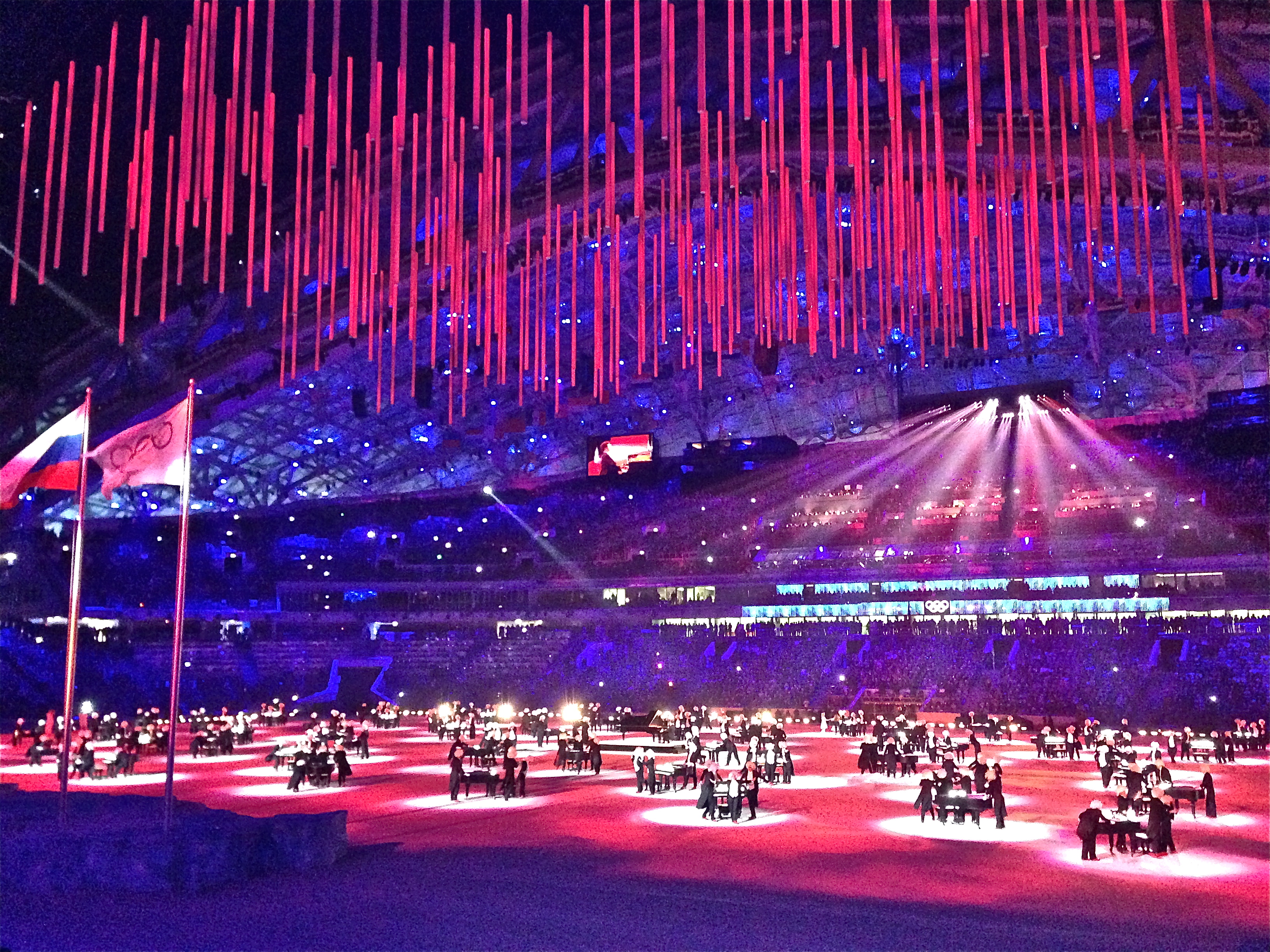 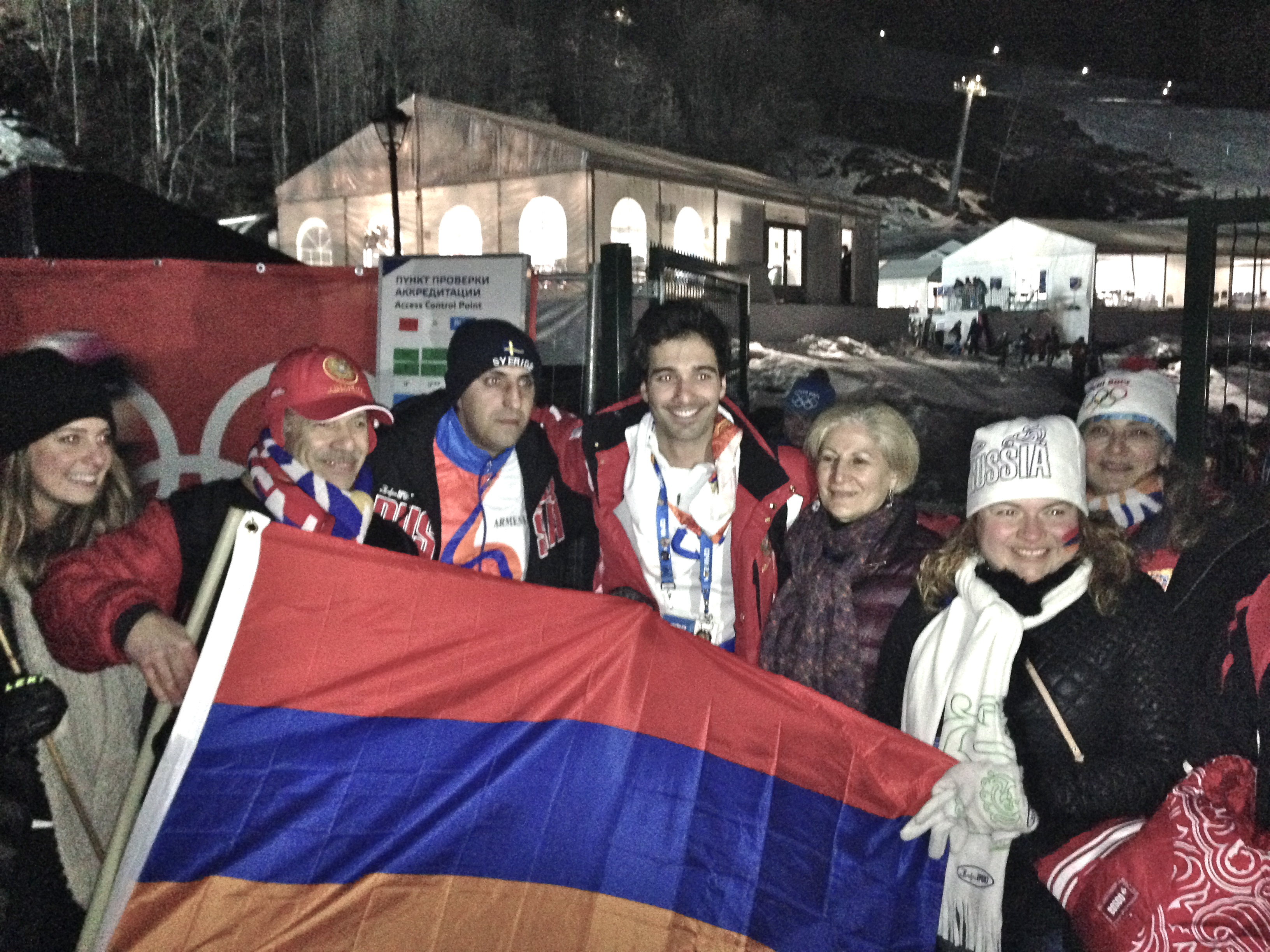 Visiting some fans after my slalom finish 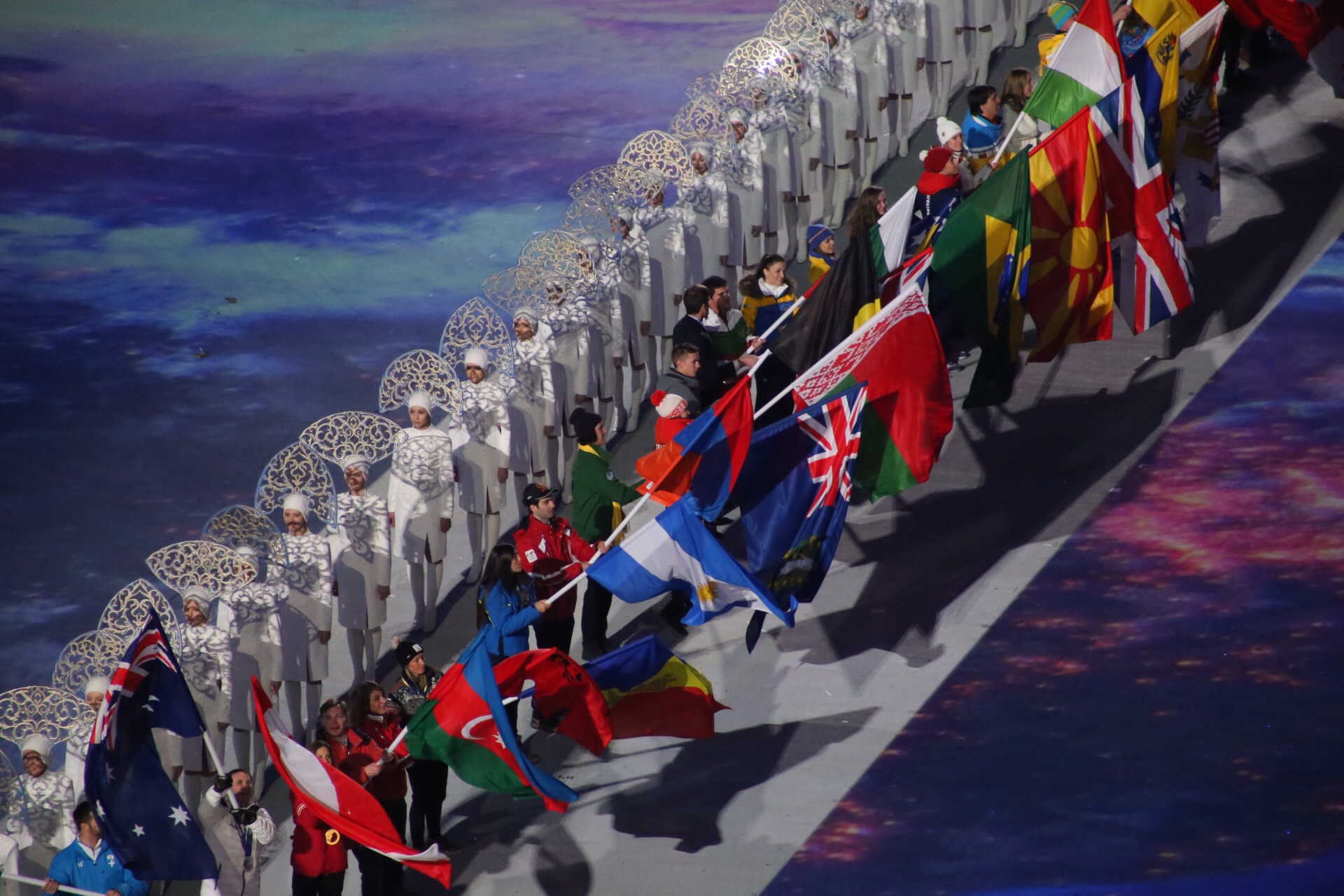