Well the first week here in the Olympic village is quickly coming to an end and it’s been an incredible experience thus far. My journey from Minneapolis to Sochi hit a few snags (such as the last-minute on-the-spot flight change I made in St. Petersburg that cost me $800), but I made it safe and sound. The security, everyone’s top priority, is unlike anything I’ve ever seen before. We come across checkpoints every 500 feet we go. But the OLYMPIC VILLAGE! Wow. It’s all I can say. It’s one thing to train and compete around the world as an elite athlete, but it’s another to stay among, eat with, train alongside, and simply observe the most elite athletes in the world in a multitude of sports. It is simply amazing – a dream come true for me.

What have I been doing since arriving? A lot of training so far. I’ve already spent 5 days on snow and today was our first day off. Luckily I have Coach FloJo here (he is here with the Australia delegation along with fellow Team Flow athlete Dom Demschar) in Sochi so it really feels “just like home” when we’re out on the slopes. The jet lag definitely took a few days to get over but each day I feel better. After training ends we usually have a couple hours of downtime before hitting the gym for a recovery workout. The 24-hour cafeteria is just down the block from my small room which I share with my Armenian coach, Seryan, and you can find Dom, Ross P. (another Aussie ski racer), and myself there together quite often;) The food isn’t the best, but hey it’s the Olympic Village! Other than training, we’ve found some time to watch a few of the events and I’ve even been able to meet up with my family down in town for dinner a couple nights.

I’m extremely happy to be here and I feel like I’m living out a dream. They have done an incredible job with building the venues and I’m happy to report that we’ve had zero problems with our accommodations. We’re all very focused and excited to go out and compete! Reminder: my events take place on the 19th & 22nd. 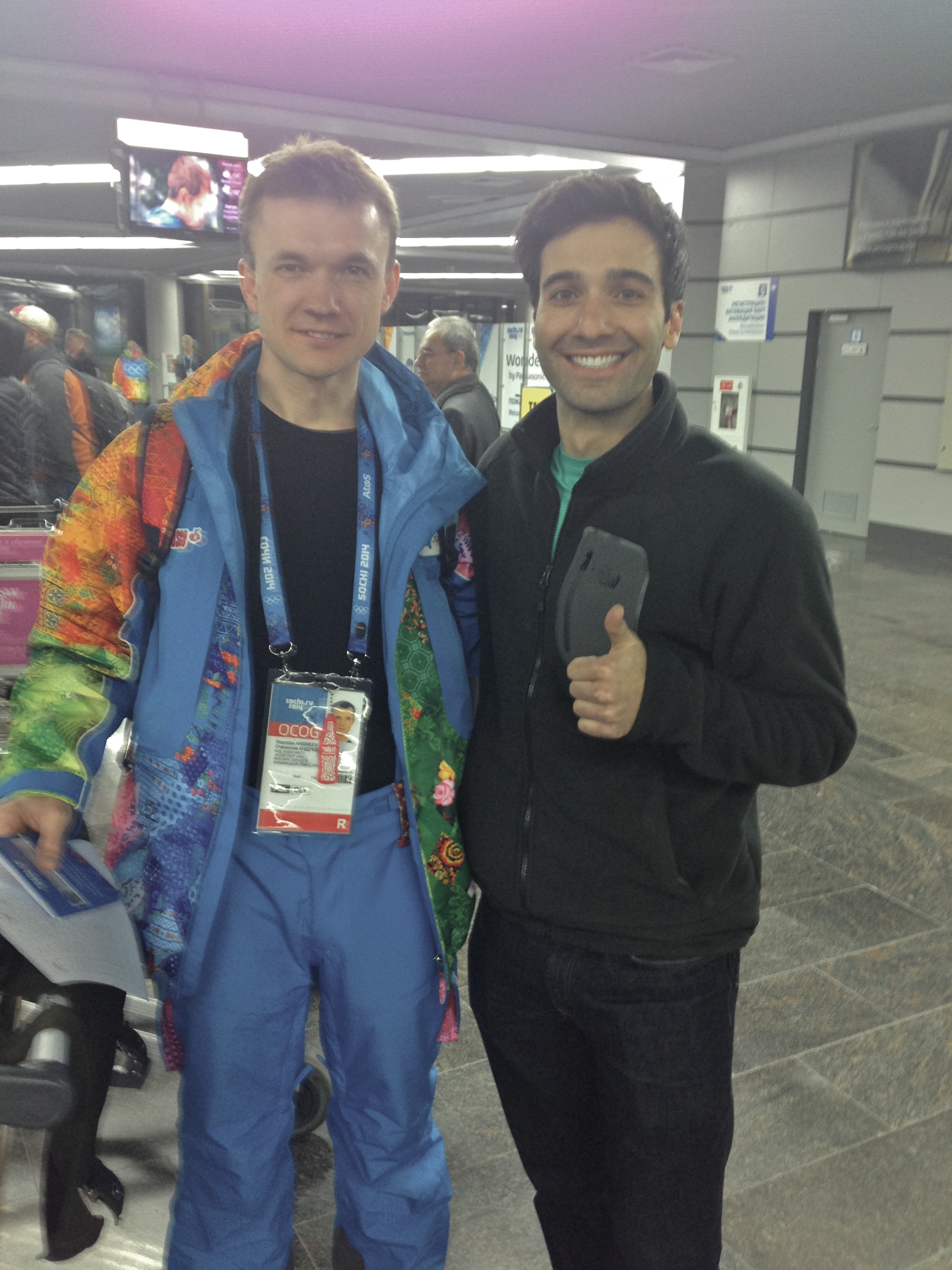 Stas was the first to greet me at the airport when I arrived! 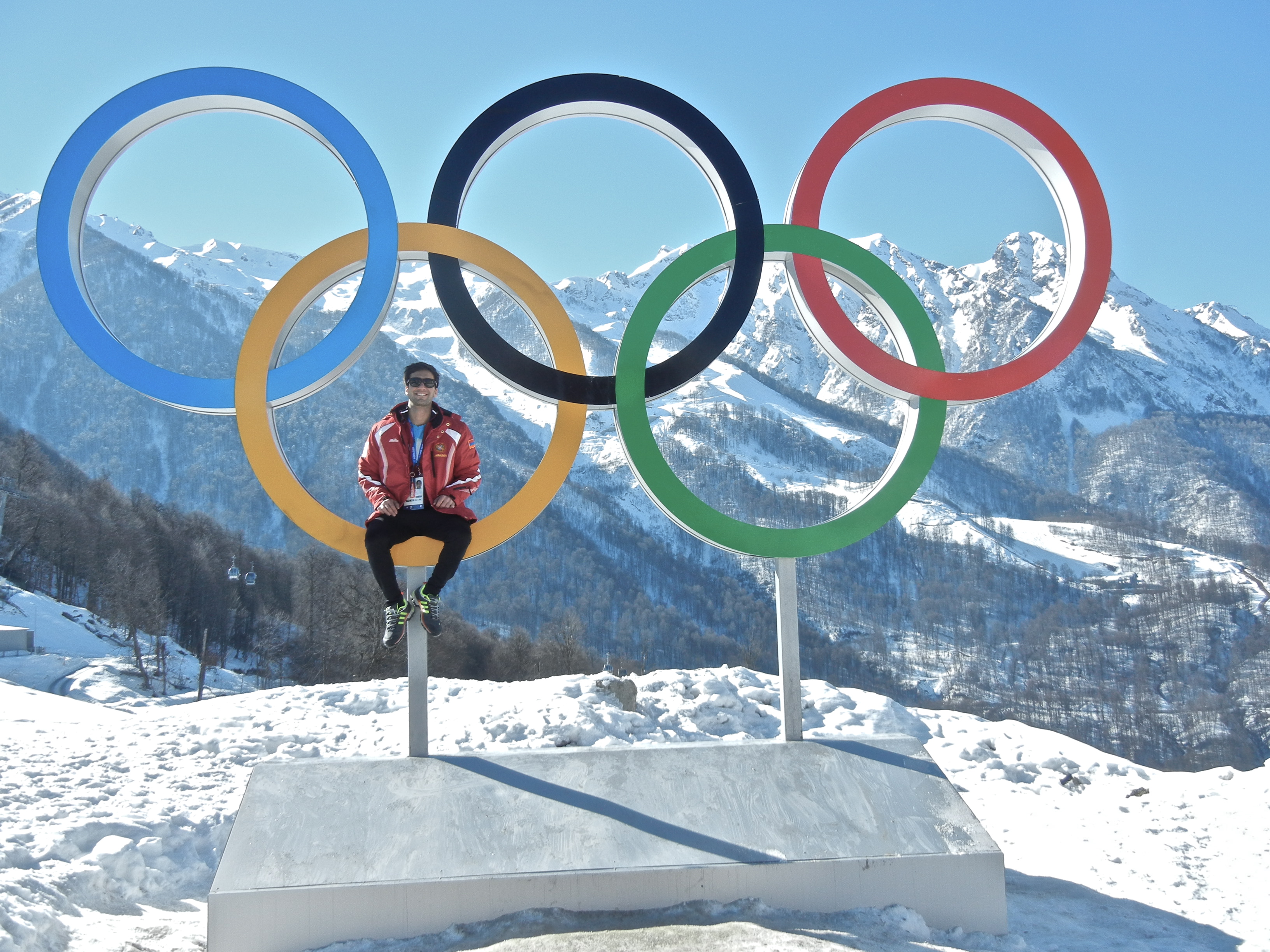 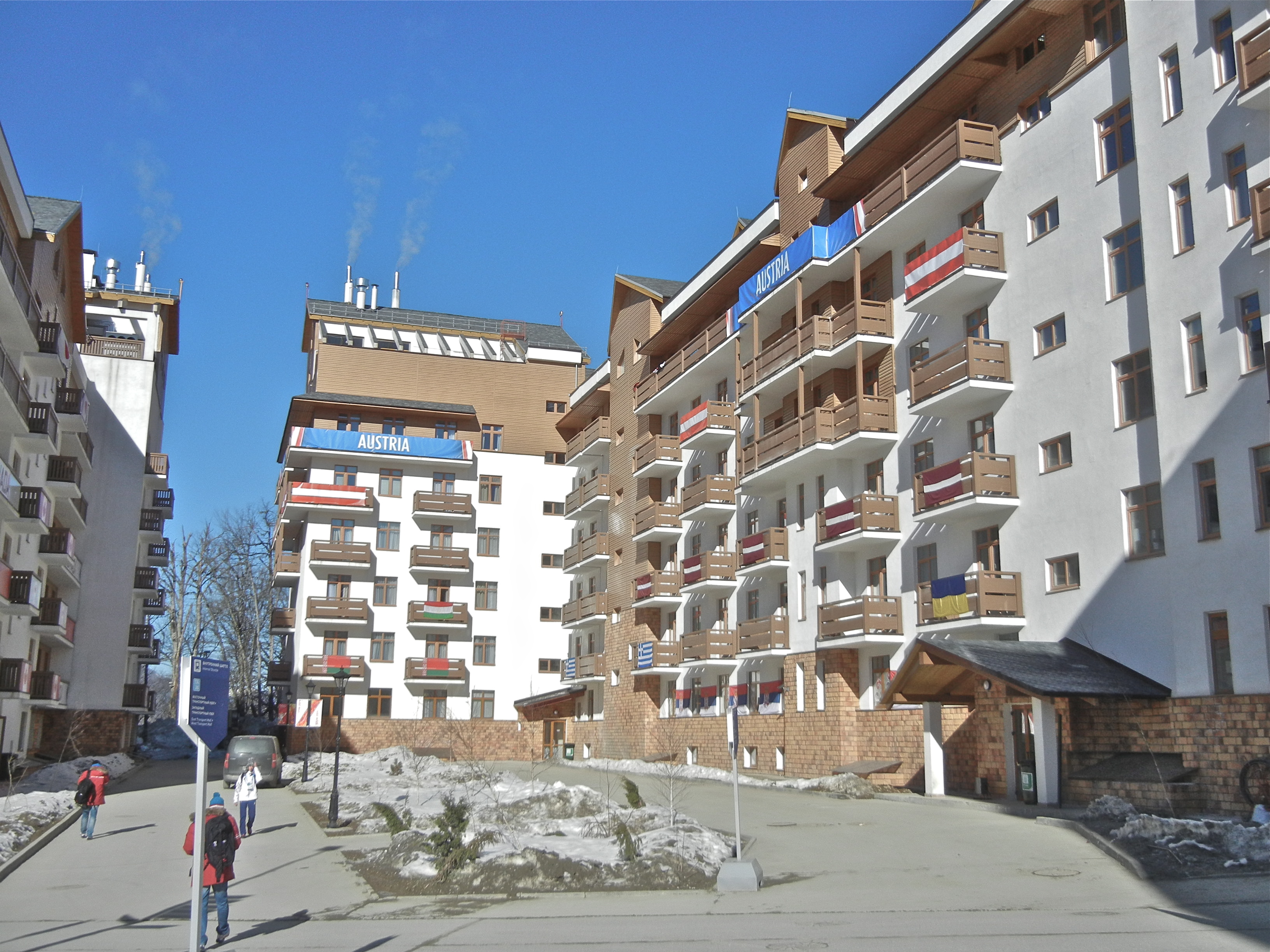 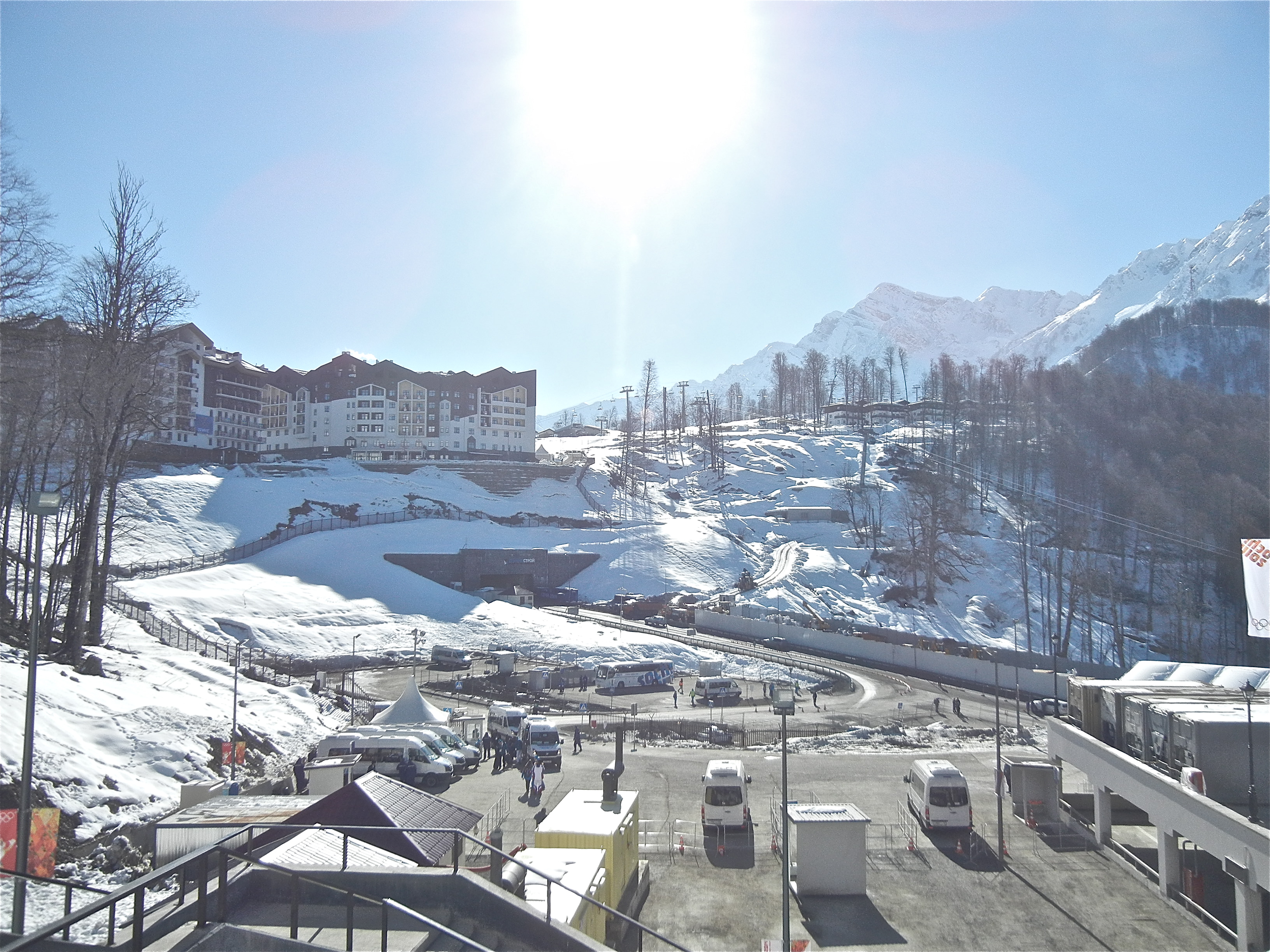 The view up the mountain from the village. 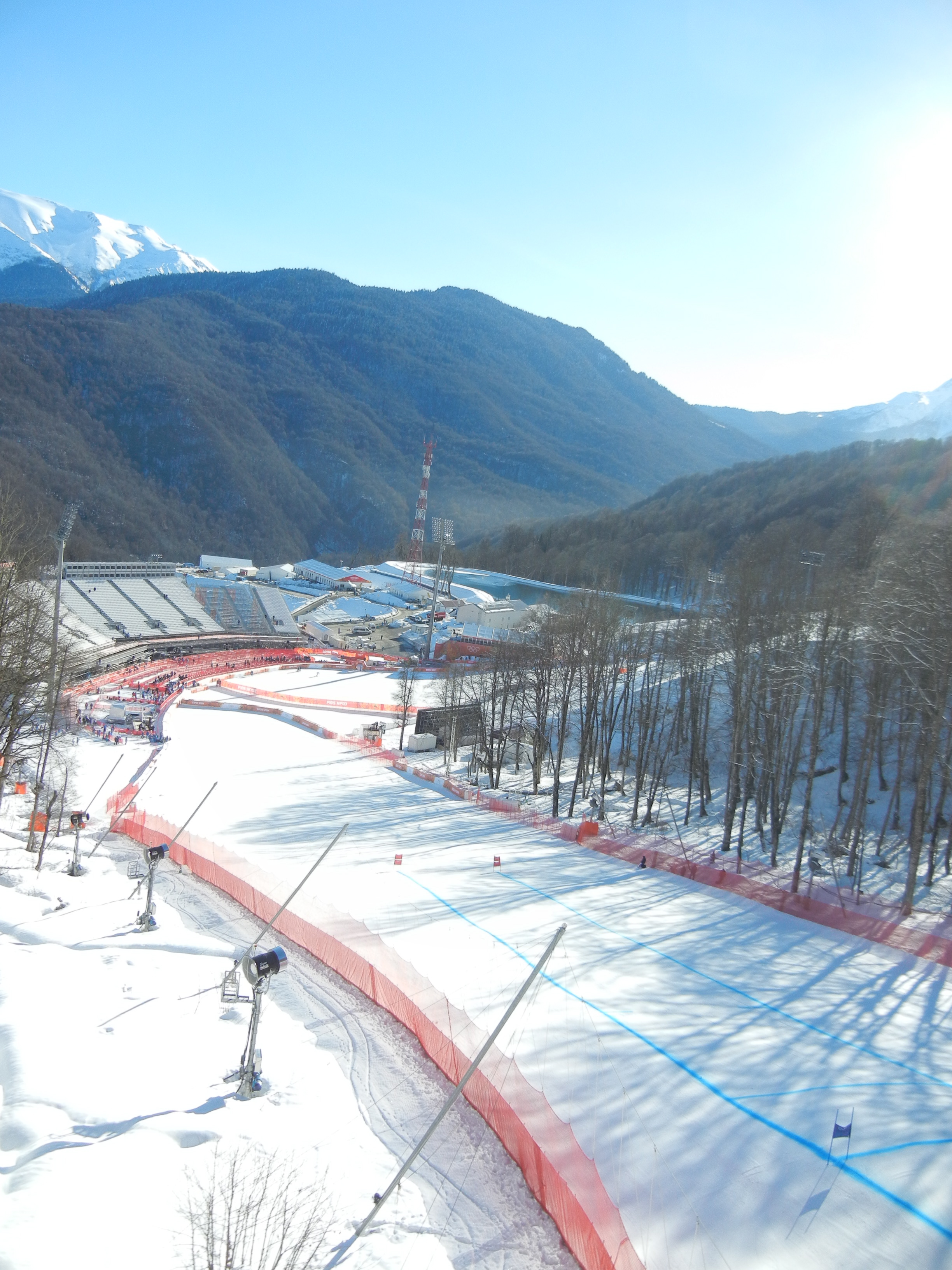 The finish area of all the alpine ski events 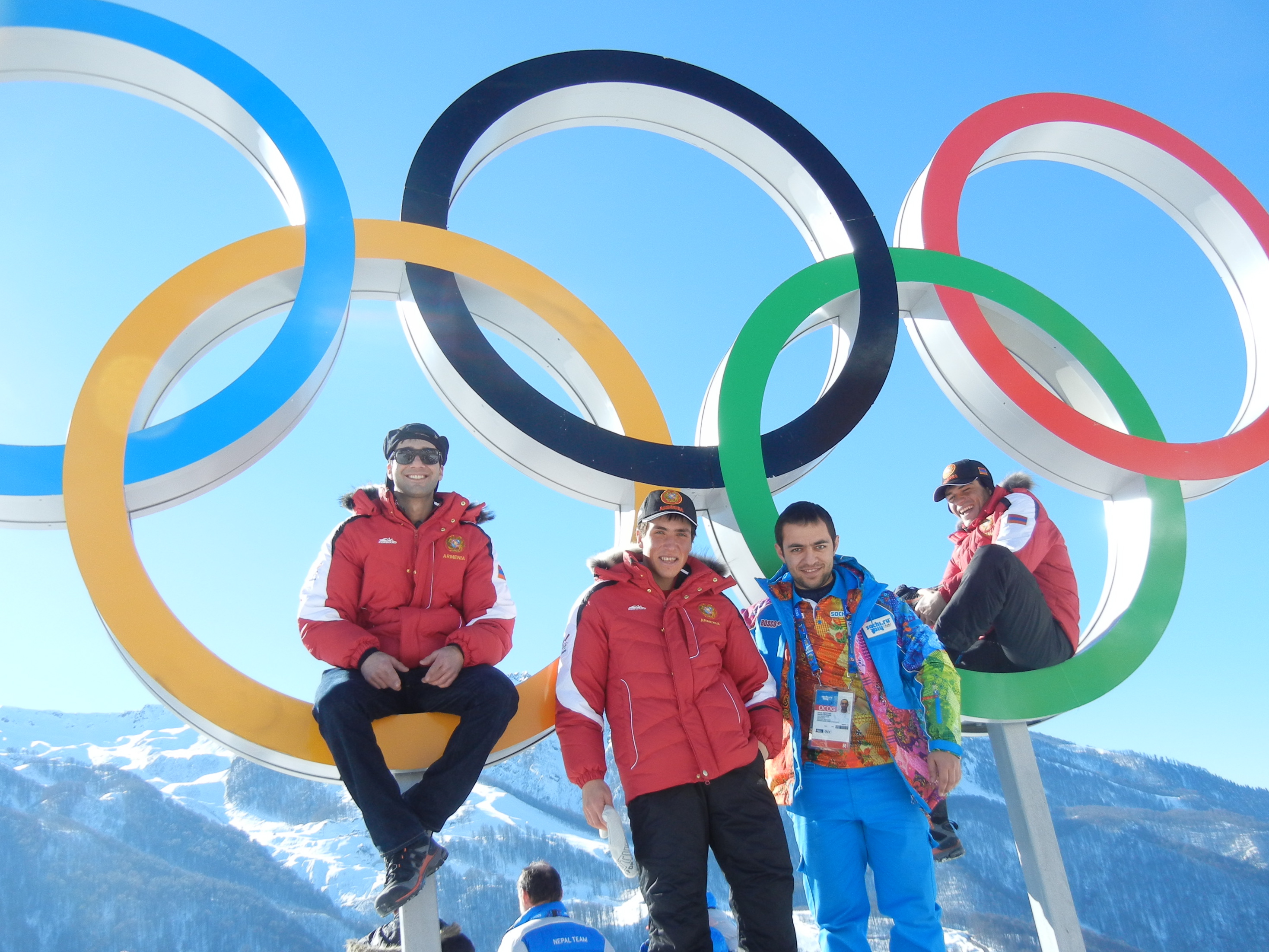 More rings with the rest of the Armenia guys! 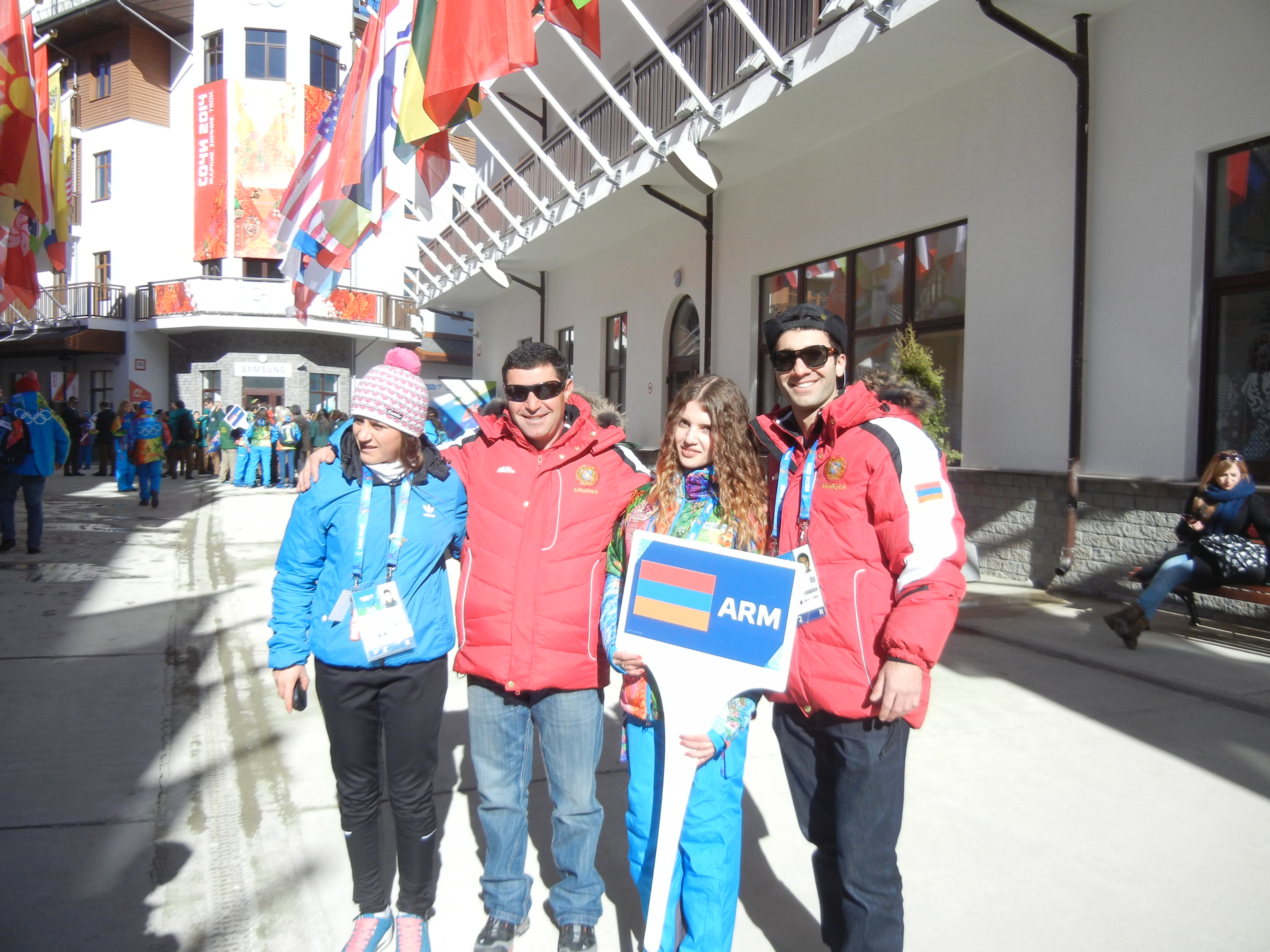 Getting ready for the flag ceremony! 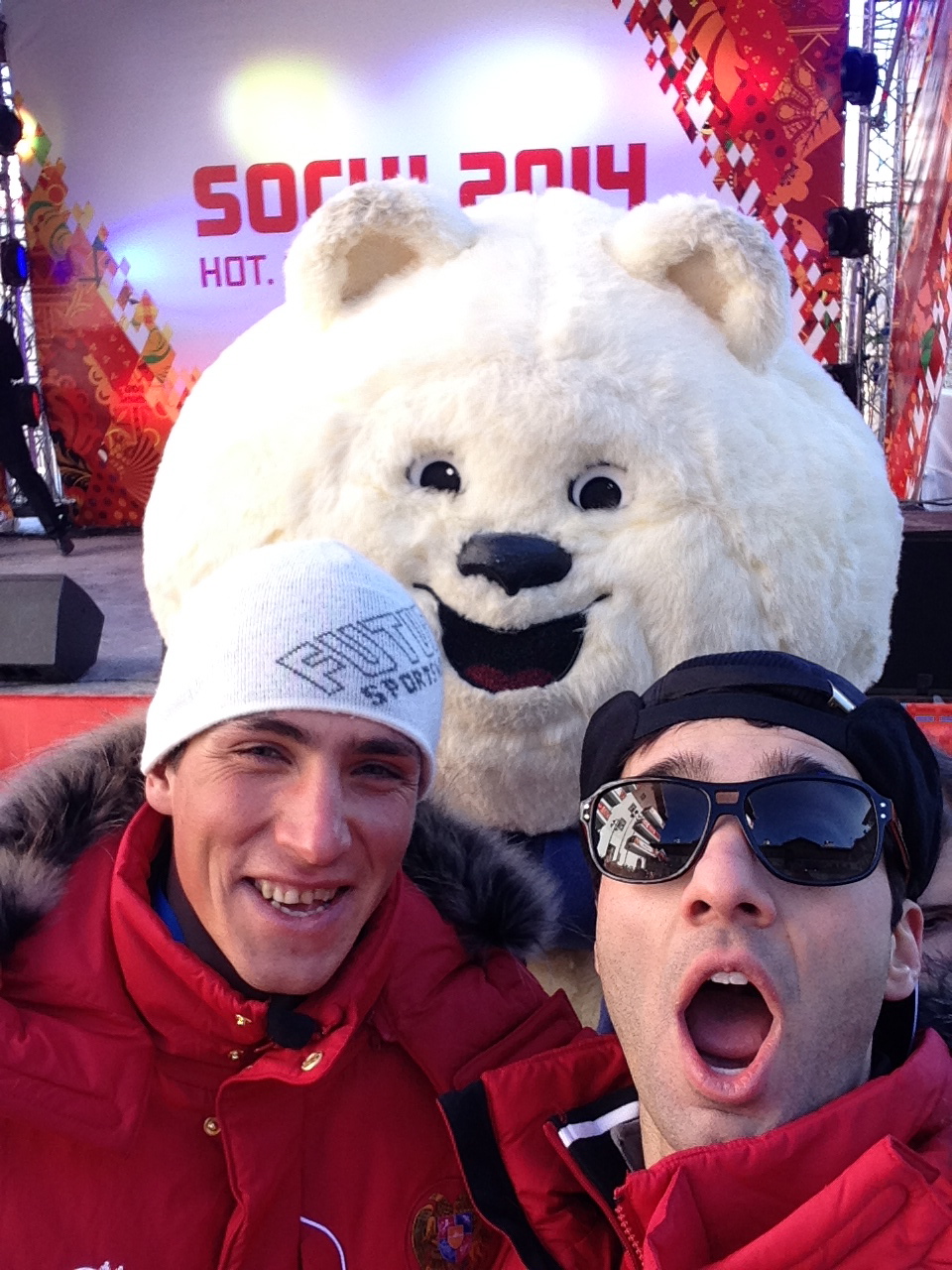 Getting in a selfie with one of the Olympic mascots 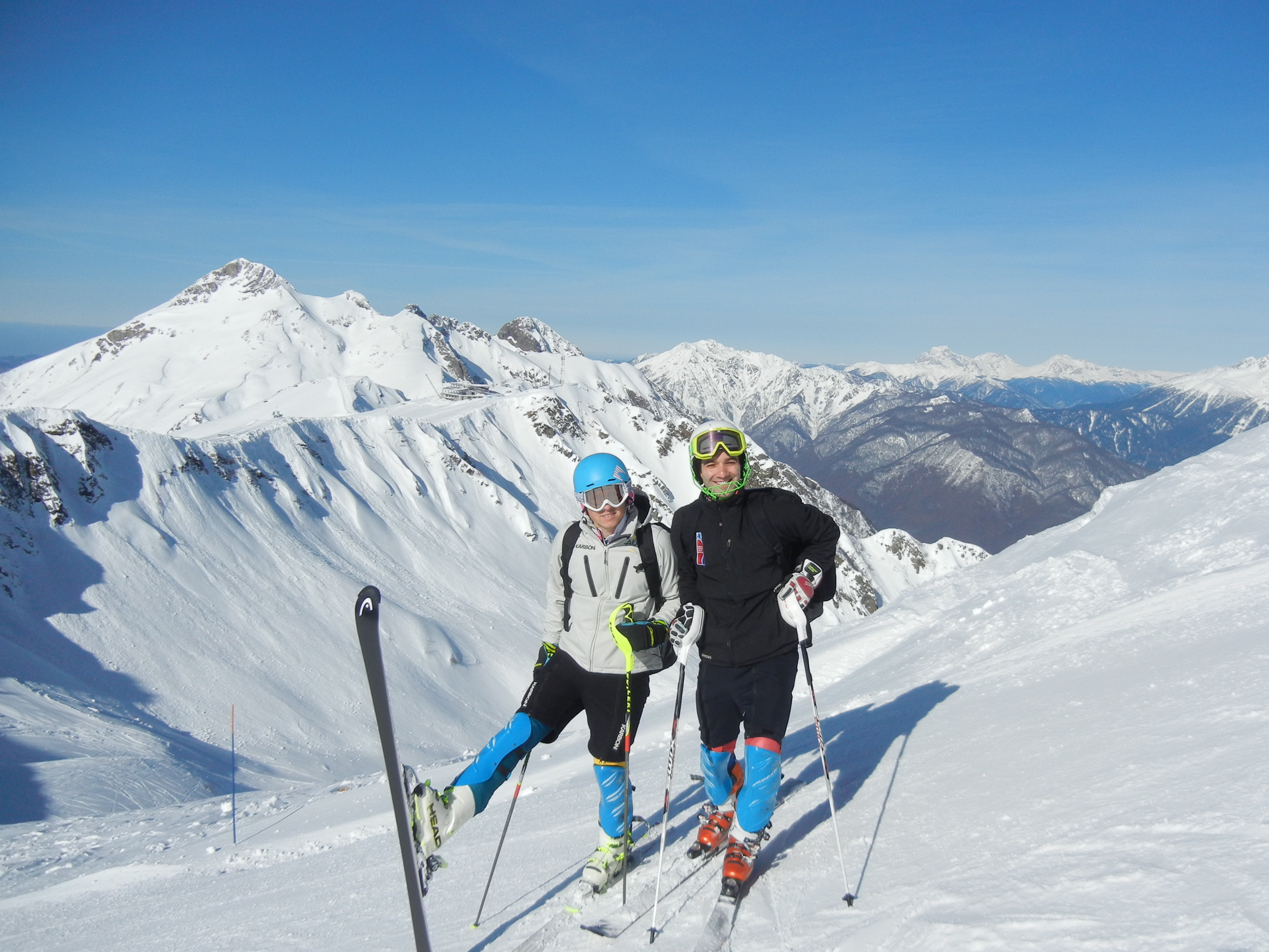 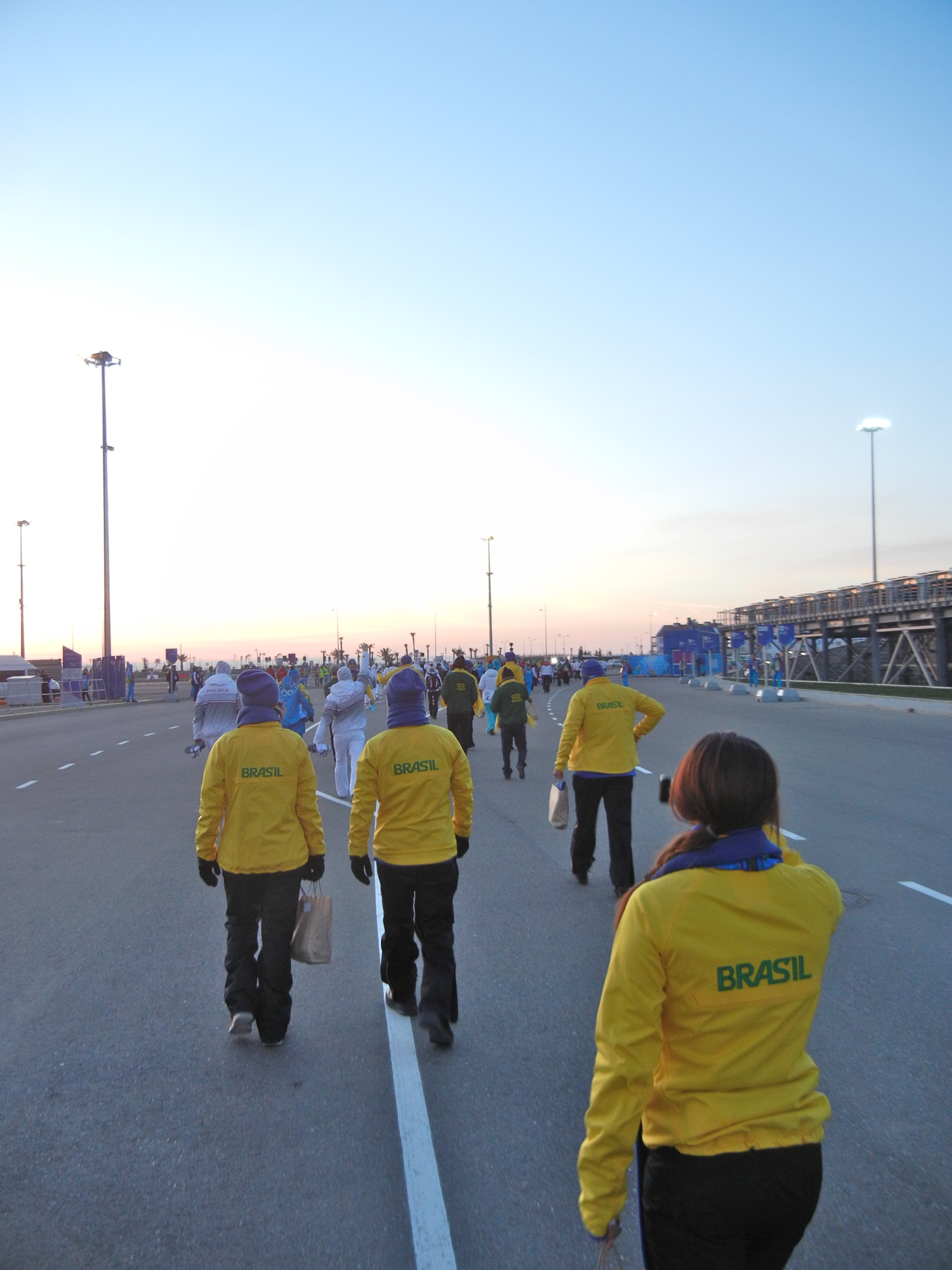 Walking into the opening ceremonies behind Brasil! 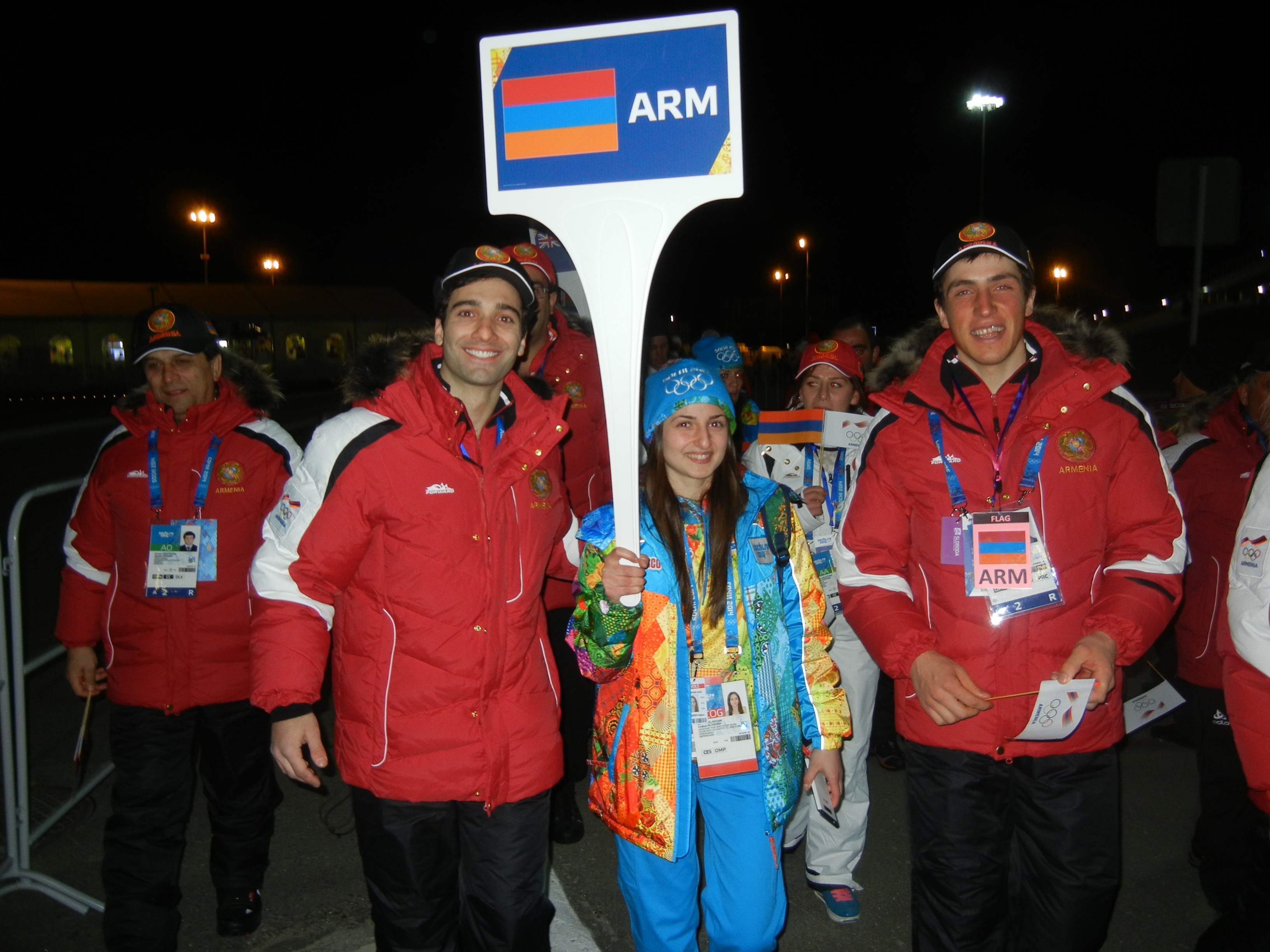 Getting ready to walk out… 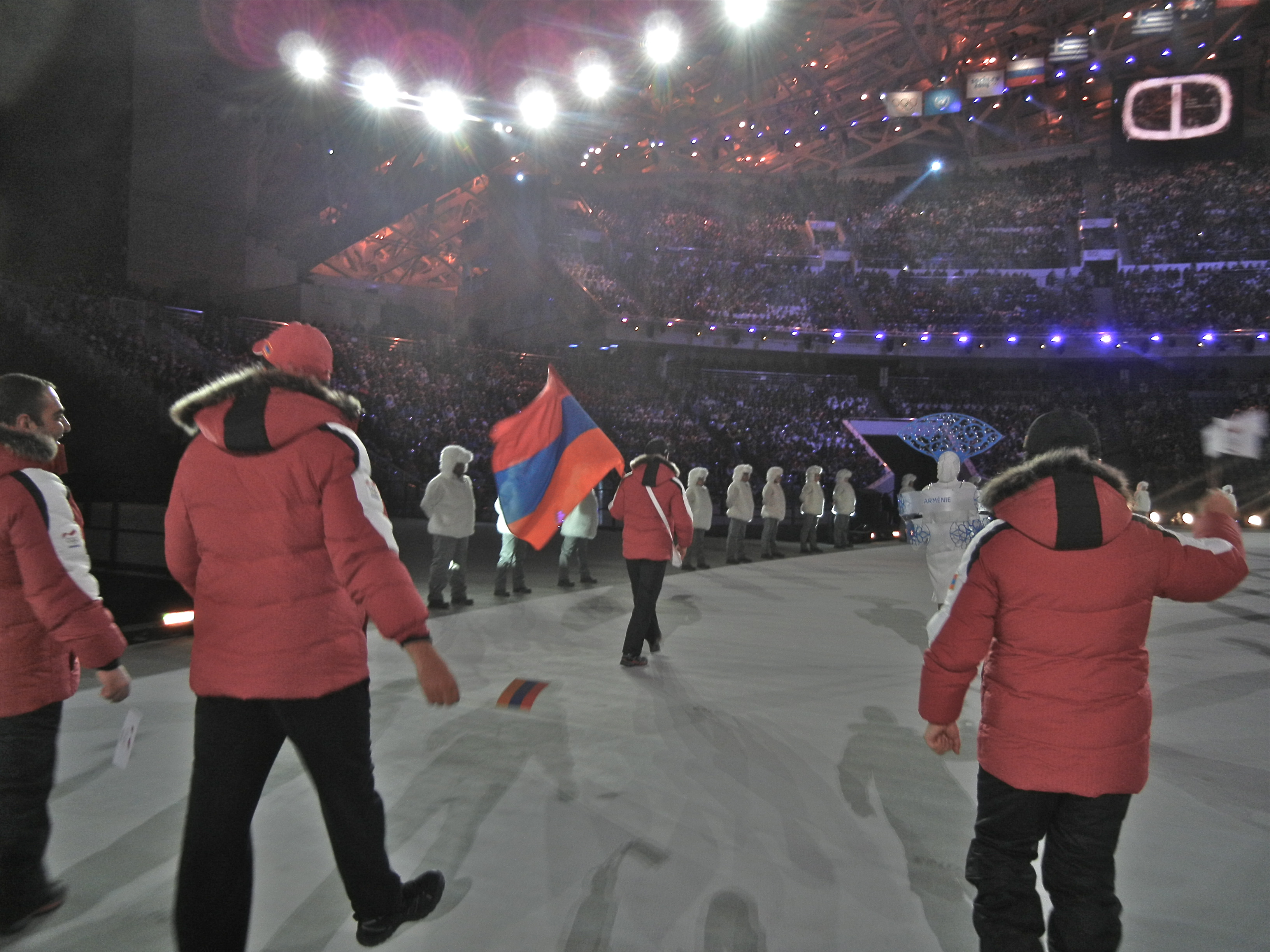 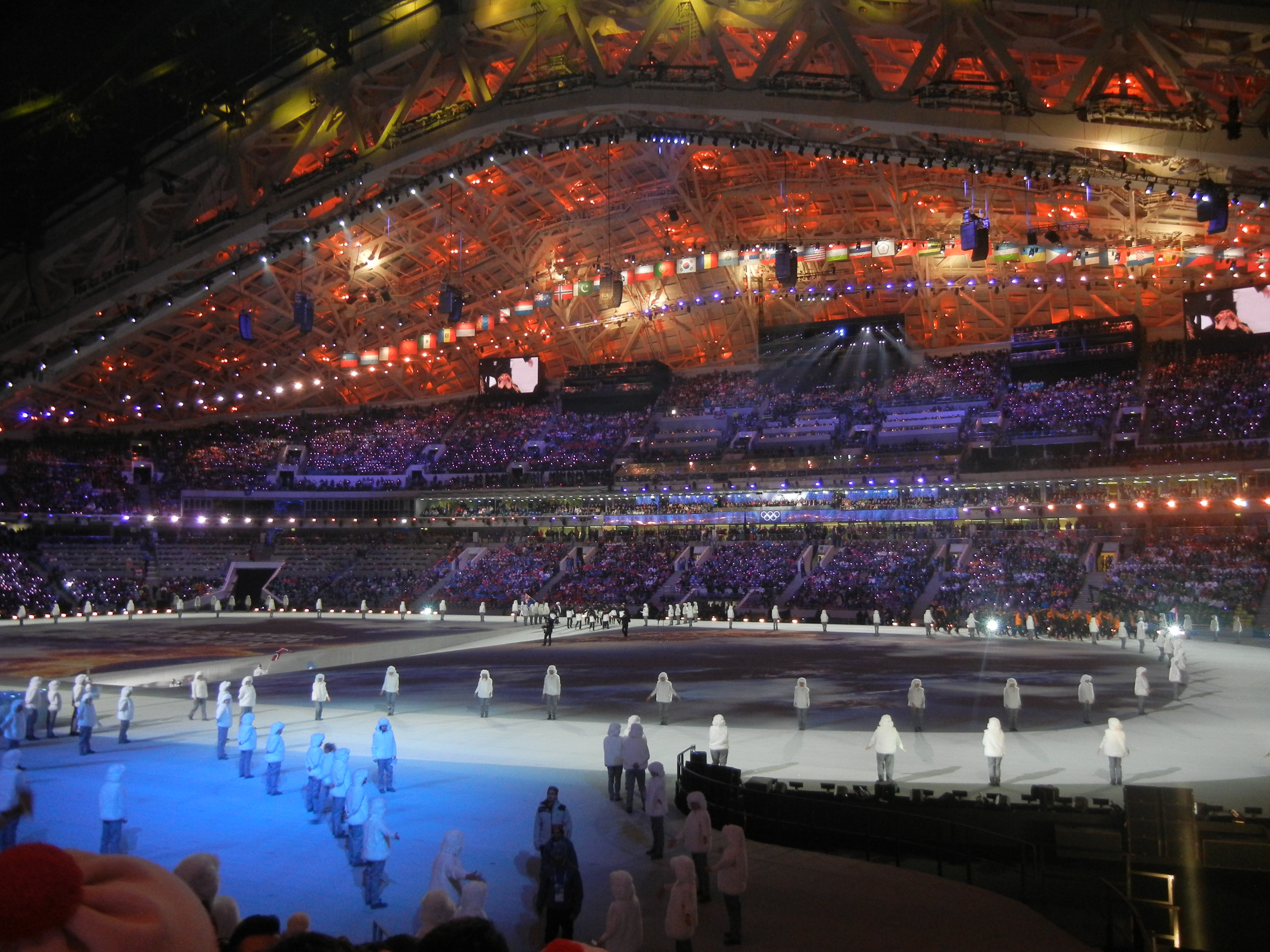 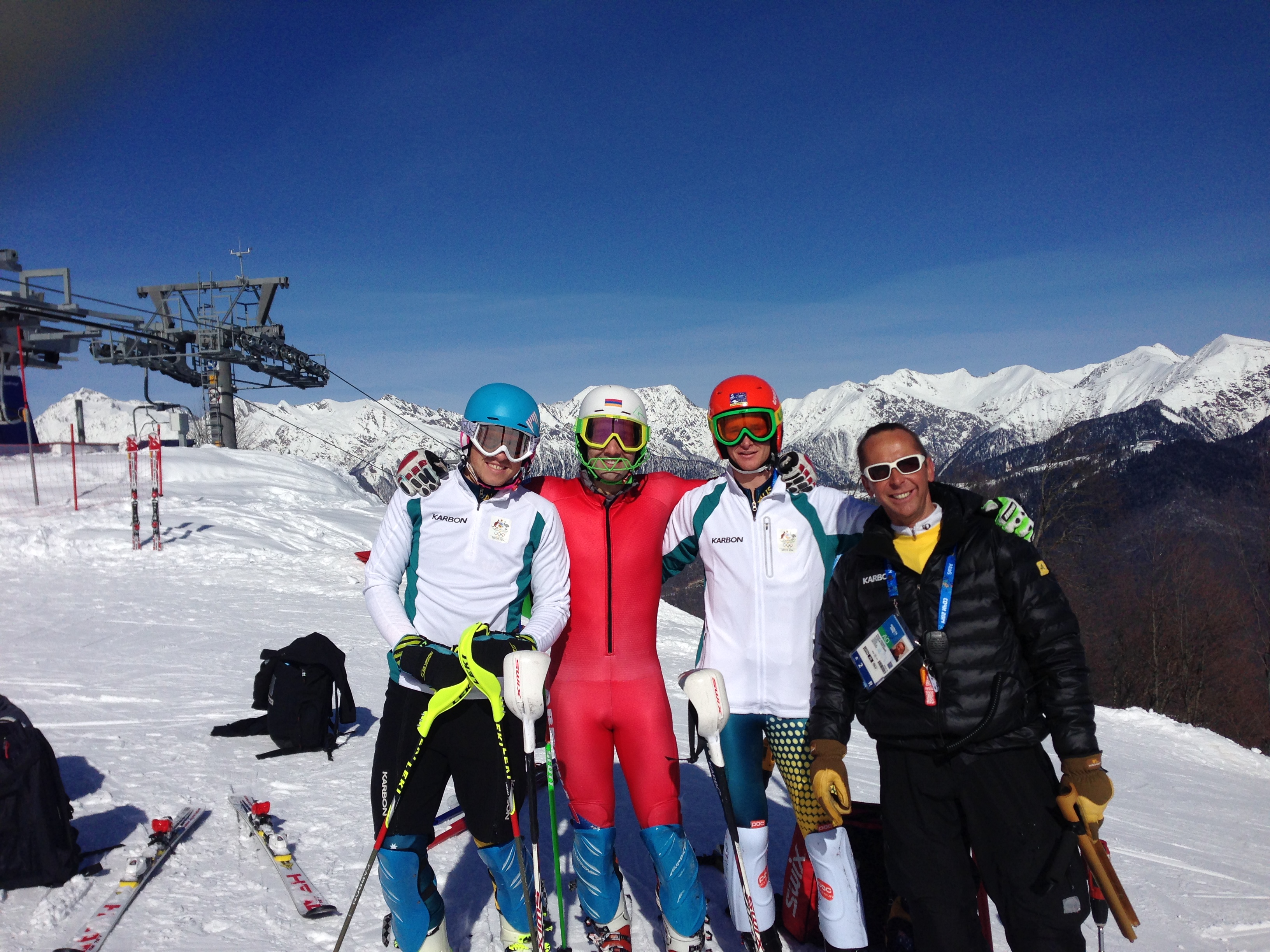 Training some slalom with Team Aussie! 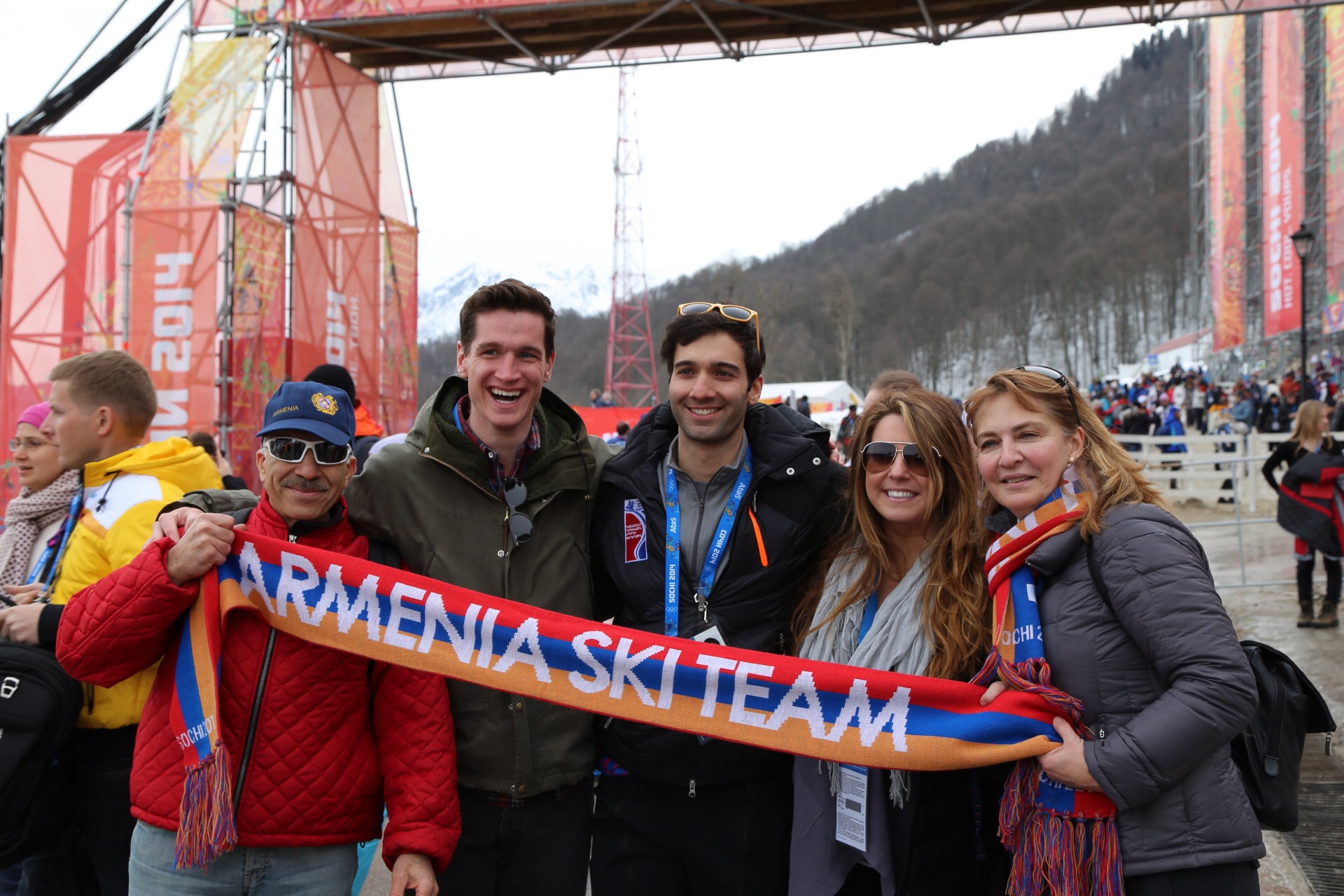 The fam pic with a Team Armenia fan!